It: Comedy or Horror? 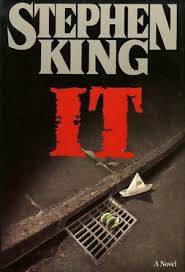 It is the new remake of Stephen King’s best selling novel. The general plot of the movie is that an evil entity revisits a small Maine town to feast on those unlucky enough to cross It’s path. The movie, while staying about as true to the book as the previous movie, feels more like a comedy rather than a horror film.

What doesn’t help this film’s case is the needless amount of jump-scares from the creature itself. Everything felt rushed and in poor taste for a majority of the film. As a avid horror fan, I thought this film to be nothing more than the equivalent to buying tickets to a Louis C. K. show.

While the overall plot was well executed, the necessary parts for this film to be a horror film are seriously lacking. Based on this first part of the story being “meh” the second half should be much more dramatic and terrifying making worthy of being called a horror film. The movie is not terrible, so if you have free time and money I would recommend watching it, but it is not doing King’s original novel any justice.