Chapman steps up to be interviewed 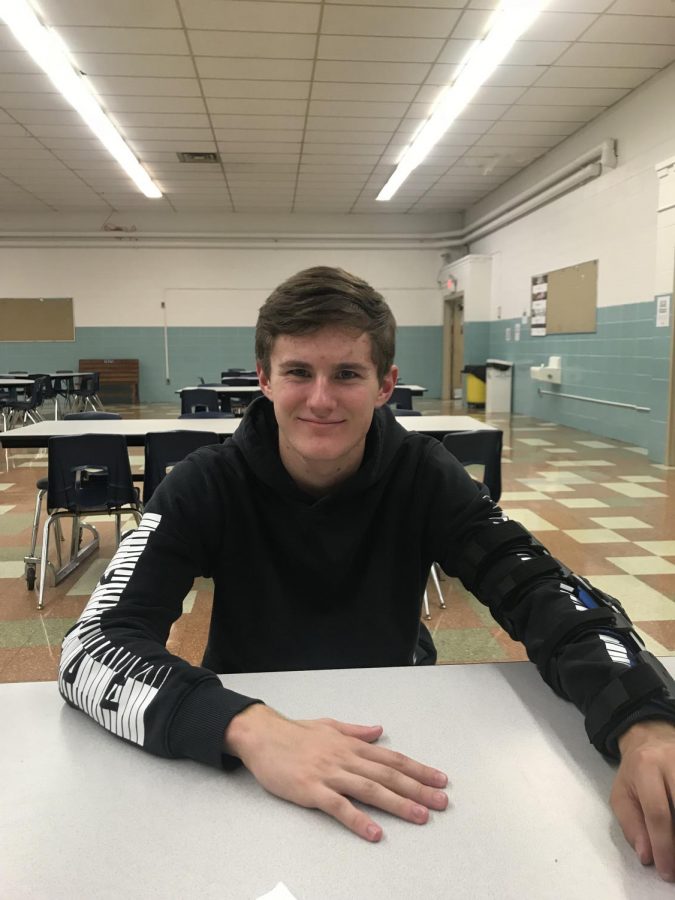 We all know Lakeview High School takes great pride in their athletic department, especially their Varsity football team. Most of the district has suffered through the cold and rainy nights along with the long drives for the far away games. All of this to support our boys. As of right now, thus far into the year, there are a lot of idle senior players. Their hearts still go out and into the games. Their love is like no other. The cheer leaders, the student sections, and the parents all coming out to the sidelines to support.

I went out and saw how they felt on the sidelines. I asked one fellow Lakeview High School Senior, Jacob Chapman, a few questions about the sensitive topic. Chapman tore his tricep and some ligaments in the game against Howland. This injury forced him to get surgery on his tricep.

I asked how the injury made him feel about not playing and he responded with “It makes me feel very sad, I feel like I am letting the team down”.

Since he is not able to play football, Chapman is part of the Marching band. He only marches since he cannot play a saxophone with one hand. He feels that the underclassmen stepping up for him and the rest of the injured players have come a long way for this opportunity.

Chapman said that when he was a freshman, he did not step into a Varsity game. All of the underclassmen are working hard for this and this improves the future athlete in them. Chapman was the only senior who stepped up to be interviewed about the heart wrenching topic. Many others out there who are injured hate to be letting the team down as well.