LHS Students Jazzed Up about Band 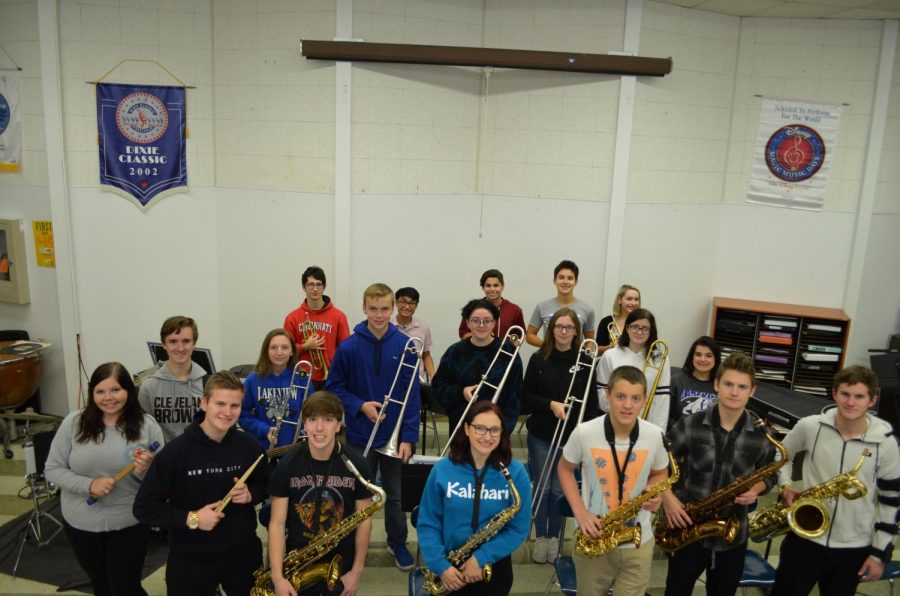 The Lakeview Band is undeniable a huge part in our school with over 26% of all students taking a part in it. Everyone knows about the Marching band at the football games and the Pep band at the basketball games but not everyone is familiar with the Lakeview Jazz Band. The Lakeview Jazz Band also called “Jazz Blue” is a small class that meets every school day during  7th period. The class is Directed by Nathan Sensabaugh and includes about 18 students. Everyday the students get to play jazz oriented music and have the ability to perform solos if they wish too, they also take a deep dive into arranging and understanding the music more. Jazz Blue allows the students to try new things and experiment in ways that no other class can do.

Juan Roher stated “Honestly, I’m mostly excited about playing jazz on the clarinet and being able to learn new instruments”.

Juan Roher who plays the cymbals in Marching Band has now picked up the trumpet which he has never played before. But Juan isn’t the only one who is playing a new instrument for Jazz Band. A lot of other students include Karlynn Baker, Courtney Arcuri, Mikaela Mckenzie, and Jackson Gillis.

The Jazz Band does more than just play Jazz, they also get to perform in front of live audiences and experience what it’s like to play in front of large sums of people. Jazz Blue performs at the school concerts but they don’t just stop there. Jazz Blue goes on live performances across the county. Some past events include, Quaker Steak and Lube, Howland Jazz Night and Santa’s Workshop. They have even played at the Optimist Club. But the truth is that whether you see the Jazz Band playing at the school concerts or you just hear their music echoing down the halls 7th period. It’s hard to argue the rhythmic joy their music brings us.

The members of the Lakeview Jazz Band Include: 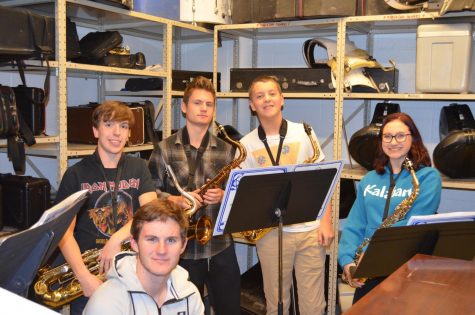 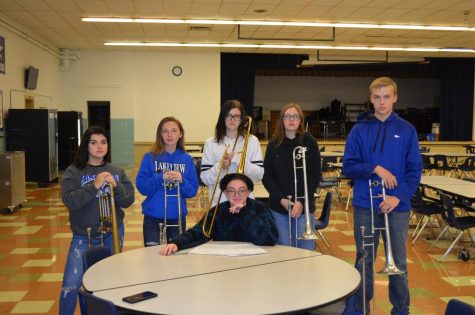 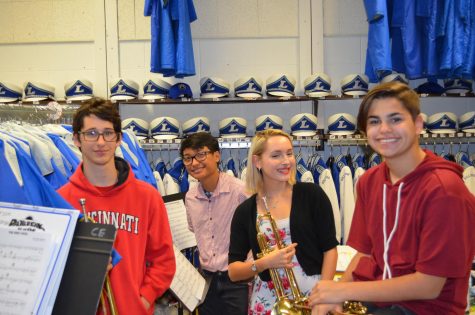 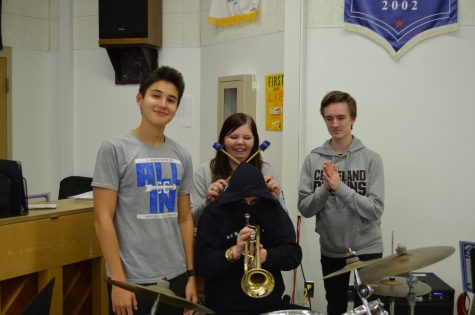