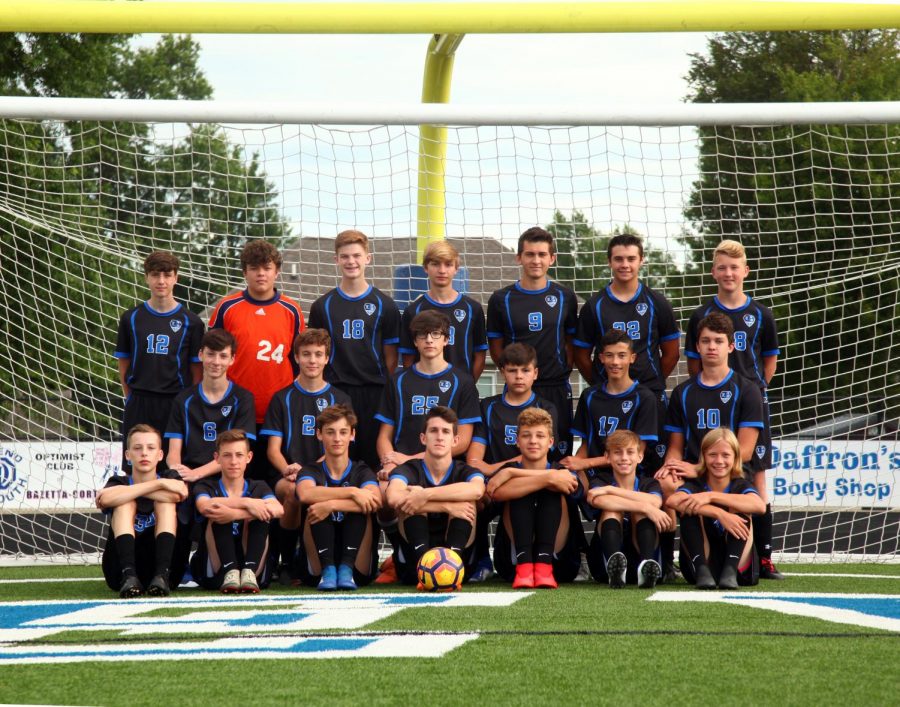 This season the Lakeview boys soccer team defeated the odds and currently has a winning record of 8-4. With the loss of 12 seniors and a new coach weighing in on the team, they persevered and have fought till the end in every game.

Due to the loss of so many seniors many people doubted the boys chances of having a winning record. However, they have proved those people wrong as they progress towards the end of their season.

Junior Hunter Miller built many memories this season but one stands out.

“My favorite memory of the season would have to be proving everyone who doubted us wrong by going 8-5 so far this season.”

Credit can also be given to the new head coach, former college soccer player, Scott Smith. Freshmen Thomas Spencer only had good things to say about his coach.

“He’s cool. He’s a good coach and he knows what he’s doing.”

“I think he was put in a tough position with this being his first year coaching and having a new group of players that he doesn’t know. Despite that he’s done a good job with us.”

The boys have two games left before the regular season comes to a close.

As of now, they are still in the running for  post season play.