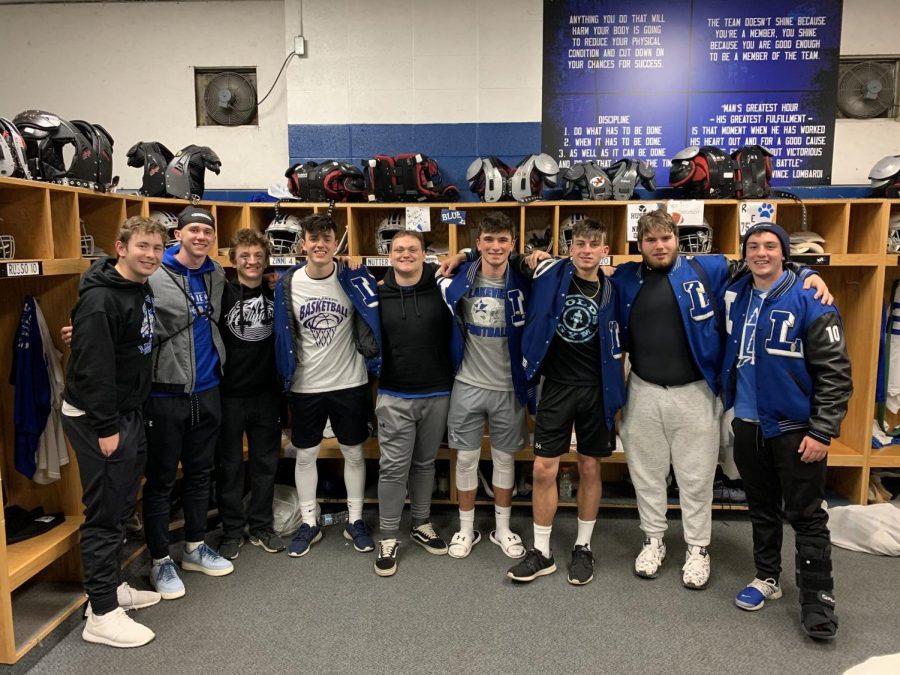 Nothing is better than ending on a high note after a tough season. The 2019 football team had a rough 2-8 record this year, but that did not stop the hype of the sweet victory against the Jefferson Falcons.

The bitter-sweet final chapter to this year’s seniors left them with tears in their eyes. Along with the bonds they’ve made with each other all throughout their careers, they made quite an impression on the underclassman.

Along with many others, teary eyed freshman Alex Stowe went to hug each and every senior individually after the game.

Even though his high school football career was far from over, it was difficult to say goodbye to the seniors who had mentored him for the past year.

Senior Noah Olejnik commented that his career went by so fast and, “it felt like yesterday that I was a freshman.”

Olejnik had a rough few years coming back and forth from injuries, but was able to finish off the second half of his senior year with his teammates. This last win meant a lot to Olejnik, as it did with the rest of the senior class. Before the Jefferson game, their career record was 20 wins and 20 losses. This last game was make or break for a winning career record, and they got the job done.

Through and through, the senior team, class of 2020 had been through some tough challenges over the years, but they ended on a positive note and that’s what matters. They got to share one more victory before closing this final chapter in their lives.

The Bulldogs started the season with a theme of a new attitude, and it was that attitude that helped them pull off this final victory. Attitude made all the difference.