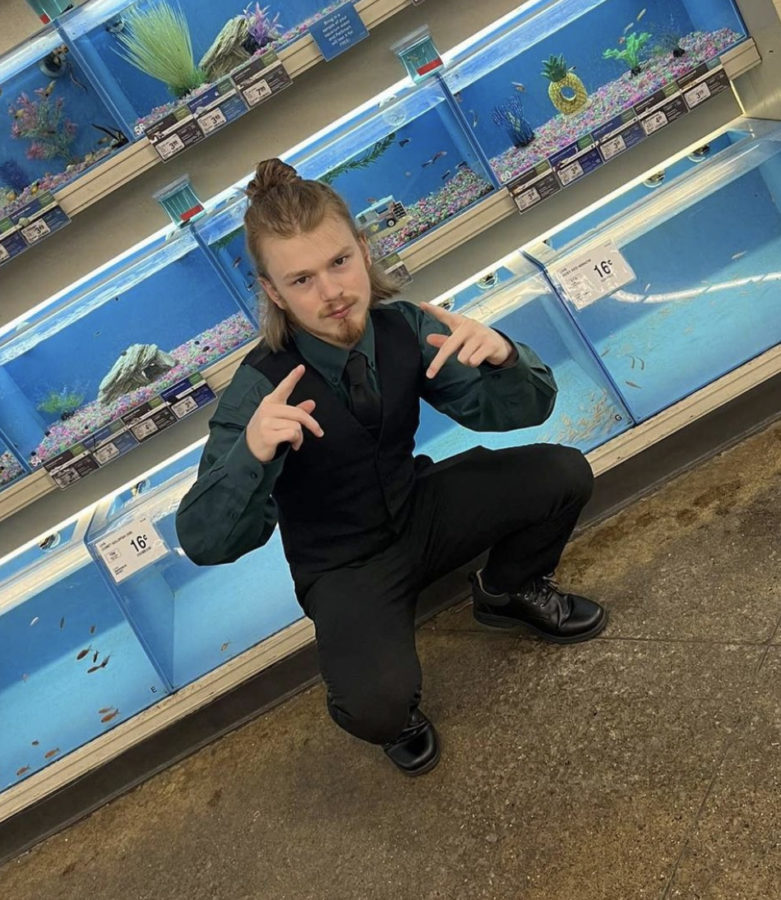 Chris Bowman has spent the past 13 years of his life within the Lakeview school district. From kindergarten to senior year, Bowman has impacted so many people around him with his amazing personality, and friendly behavior towards everyone. During his time at Lakeview, Bowman has shown great character, and his classmates will remember him for years to come.

When Bowman was asked about the time he spent at Lakeview, he had many good things to say about the school district, and the people within it. He states, “I am very glad that I spent my whole entire school career here at Lakeview. I really enjoyed my time here, and I will miss everything this place has to offer.”

Leaving high school is a very bittersweet experience. It is safe to say that Bowman is feeling this, as well as most of his classmates.

Throughout his time at Lakeview, he has learned many valuable lessons. One thing that Lakeview taught him that he will never forget is “put yourself out there and don’t let failure stop you from achieving whatever you want.”

Spending 13 years somewhere is a very long time. Over the years, Bowman has befriended many of his classmates, and the memories with these individuals are near endless.

One of the people that Bowman grew close to is senior Nick Basile. When asked about Bowman, Basile had nothing but good things to say. “Chris is an extremely kind person. I have never seen the guy be mad or angry, he’s always giving off the best vibes. I admire that about him, the rest of our classmates do too. He is a great guy to be around and I am glad to call him my friend.”

During the interviewing process, it became very clear that many people feel this way about Bowman.

Fellow senior, Evan Lenox, has been friends with Bowman for a long time now. Lenox states, “I have known Chris for years, he’s my birthday twin. My favorite thing about Chris is that he has a never ending chill attitude.”

Bowman’s classmates all tend to view him as a very laid back, chill, and fun person to be around. These are all amazing characteristics to have. It is easy to see why he is very well-liked amongst his classmates.

Bowman has created many amazing memories throughout school. When asked what his favorite memory was, he knew it right away. “My favorite high school memory is spending the whole school day at Dior Stadium in Youngstown practicing with the district 5 honors Jazz band and then performing after.”

Throughout high school, Bowman fell in love with playing music. The instrument that he enjoys the most is the guitar. Bowman has become very good at playing, and his friends and classmates often enjoy listening to him play. Friend of Bowman, Tyler Doran is a friend that believes Bowman is very talented in music. “I was shocked when I heard him play the guitar. He is very good at it and is constantly getting better.”

This love for music is not getting left behind after school. When asked about his future plans, Bowman states, “I am planning on taking a gap year to get a decent job and save up some money. I will then attempt to follow my dreams and get into the music performance scene.”

Bowman will be a person that everyone will remember for a very long time. His amazing character will not be something that will be forgotten easily. We all wish Chris Bowman the best of luck in his future.